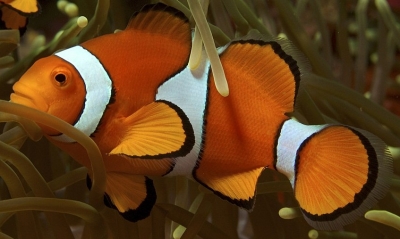 Chennai, May 24 (Ajit Weekly News) The backward Irula community of Tamil Nadu will soon see its fortune change with the Government of India supported project of rearing the high-end clownfish.

The Irula community came into the limelight through the movie ‘Jai Bhim’ by superstar Suriya. The movie depicts the fight of an Irular woman to bring out the truth about her missing husband, who was picked by the police and tortured to death in lockup. And, the clownfish was made famous by the 2003 Hollywood animation film ‘Finding Nemo’.

The Irula woman will be growing the fish for a living and the project is supported by the Department of Science and Technology (DST) of the Government of India along with the National Bureau of Fish Genetic Resources (NBFGR).

The NBFGR will be providing the technical expertise to the Irula women to rear the fish and 250 Irula women have joined the project which has a Rs 1.65 crore allocation from the Department of Science and Technology (DST), Government of India.

Director of NBFGR, Kuldeep K. Lal while speaking to Ajit Weekly News said, “NBGGR will provide expertise and training to the Irula women to rear this high-value species.”

He also said that the sea clowns are costing Rs 150 -300 per piece and it is often illegally collected from the coral reefs with the project this could be curtailed and the Irula women will be able to get a decent remuneration.

The NBFGR has developed a low-cost technology to breed marine ornamental fish in low alkaline water and will establish a recirculatory aquaculture system (RAS). The NBFGR will breed and rear the ornamental fish for a month and then hand over the one-month-old fish to the Irula women.

The Irula women will rear the fish for two months and the NBFGR will help the women to sell the fish which will earn the women a considerable amount for these women as each fish will fetch an amount of Rs 150- 300.