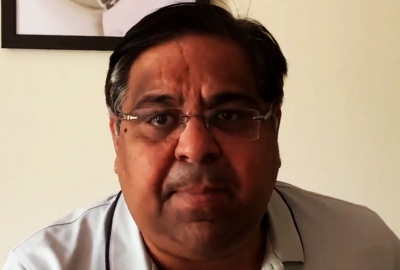 New Delhi, May 24 (Ajit Weekly News) Hours before the flag off of 150 electric buses in the national capital by Chief Minister Arvind Kejriwal, the BJP claimed that funds were provided by the Union government and also accused him of taking credit for the Centre’s work.

Claiming a major gift to the citizens in the national capital, Kejriwal will flag off the e-buses on Tuesday.

The AAP government also claimed that Delhi was going to equal the national record of inducting the most number of buses simultaneously by inducting 150 e-buses into its fleet. The Delhi government has also offered free travel to people for three days in electric buses.

The BJP shared a reply by the Delhi government, which states that an order has been given to engage 300 e-buses under Fame-2 schemes of Government of India.

Delhi BJP spokesperson Harish Khurana said that the chief minister has an old habit of taking credit for the Centre’s work. “Thanks to Prime Minister Narendra Modi, Delhi is getting e-buses. I know chief minister Kejriwal will not take the name of the union government for bringing these buses to Delhi. The buses are provided under Fame-2 scheme of the union government. Kejriwal has an old habit of taking credit of the centre’s work,” Khurana said.

In a tweet, Delhi BJP spokesperson Khemchand Sharma said, “Thank You PM ModiJi for giving E-busses to Delhi. Dear Friends, as usual @ArvindKejriwal is trying to take credit but the fact is the money is given by central govt. I challenge @AamAadmiParty to prove me wrong on this.”

These state-of-the-art buses, which are zero smoke and zero emission buses, have CCTV cameras, GPS, 10 panic buttons, ramps for differently-abled, etc. The 150 remaining buses are also expected to be inducted in the coming month.