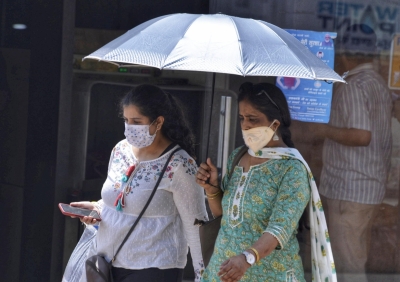 New Delhi, May 24 (Ajit Weekly News) An attribution study that looks specifically at the recent spells of heatwaves across northwest India and southeast Pakistan and quantifies the influence of climate change said on Monday that this long-running heat wave spell is 30 times more likely to happen because of anthropogenic reasons.

“The long-running heatwave in India and Pakistan, which has caused widespread human suffering and hit global wheat supplies, was about 30 times more likely to happen because of human-caused climate change,” according to rapid attribution analysis by an international team of leading climate scientists.

Scientists from India, Pakistan, the Netherlands, France, Switzerland, New Zealand, Denmark, the USA and the UK collaborated to assess to what extent human-induced climate change altered the likelihood and intensity of the heatwave in this attribution study that follows a study by the UK Met Office, which in turn, had looked at the likelihood of April/May temperatures in India and Pakistan breaking their 2010 record.

March was extremely dry, with 62 per cent less than normal rainfall reported over Pakistan and 71 per cent below normal over India, making the conditions favourable for local heating from the land surface. The heatwaves continued over the month of April and reached its preliminary peak towards the end of the month.

The 2022 heatwaves have triggered an extreme Glacial Lake Outburst Flood in northern Pakistan and forest fires in India. The heat reduced India’s wheat crop yields while a shortage of coal led to power outages that limited access to cooling, compounding health impacts and forcing millions of people to use coping mechanisms.

Explaining the ’30-times more likely’ factor, the scientists explained: “Gridded observations that correspond well to station data and capture India and Pakistan are comparably short (starting 1979). The exact return period of such a rare event is thus highly uncertain and depends on the length of the data as well as the fitted distribution. When combining information of the shorter dataset with a dataset that only covers India but for a longer time span (starting 1951), we estimate the return period to be around 100 years in today’s climate of 1.2 degrees Celsius global warming. We thus use 1 in 100 years, as the event definition for the attribution study.”

The scientists then combined observations with 20 climate models to increase the data available and determine the role of climate change in the observed changes and concluded that human-caused climate change made this heatwave hotter and more likely. “Because of climate change, the probability of an event such as that in 2022 has increased by a factor of about 30. The same event would have been about 1 degree Celsius cooler in a preindustrial climate,” they said.

“With future global warming, heatwaves like this will become even more common and hotter. At the global mean temperature scenario of plus 2 degrees Celsius, such a heat wave would become an additional factor of 2-20 more likely and 0.5-1.5 degrees Celsius hotter compared to 2022,” they said.

“We note here that our results are likely conservative; the relatively short lengths of observed data rendered it difficult to consider statistical fits that are more ideal for extremes. In large model ensembles more accurate fits indicate a larger increase in likelihood,” they said, adding, “It is important to note that this early heatwave was accompanied by much below average rainfall and humidity and thus constituted a dry heatwave, rendering humidity much less important for health impacts than heatwaves occurring late in the season and in coastal areas.”