6 killed, 5 wounded in IS attacks in Iraq 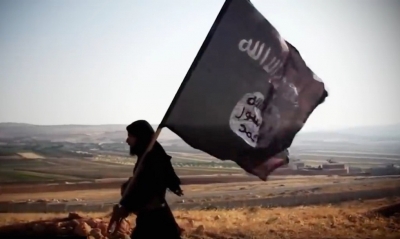 Baghdad, May 24 (Ajit Weekly News) A total of six people were killed and five wounded in attacks by militants of the Islamic States (IS) group in the provinces of Kirkuk and Diyala, a provincial official and a police source have said.

In the northern province of Kirkuk, IS militants took advantage of a dust storm that swept through much of Iraq earlier on Monday and set fire to a wheat farm in the Taza area outside the namesake provincial capital Kirkuk, some 250 km north of Baghdad, Xinhua news agency reported, citing the Mayor of Taza, Hussein Adil.

The fire prompted a joint force from the Iraqi police and paramilitary Hashd Shaabi fighters with the villagers to rush to the farm to put out the fire when the extremist IS militants opened fire on them, leaving three policemen and two villagers killed, Adil said.

The extremist militants also detonated a roadside bomb near a police vehicle, damaging the vehicle without human casualty, the mayor said.

The attackers fled the scene after reinforcement troops arrived in the area, he added.

In Iraq’s eastern province of Diyala, IS militants attacked a village in the evening near the town of Jalawlaa, about 135 km northeast of Baghdad, killing a villager and wounding five others, including three women, Major Alaa al-Saadi from the provincial police told Xinhua.

Over the past few months, Iraqi security forces have conducted operations against the extremist militants to crack down on their intensified activities.

The security situation in Iraq has been improving since 2017. However, the IS remnants have since melted into urban centers, deserts, and rugged areas, carrying out frequent guerilla attacks against the security forces and civilians.