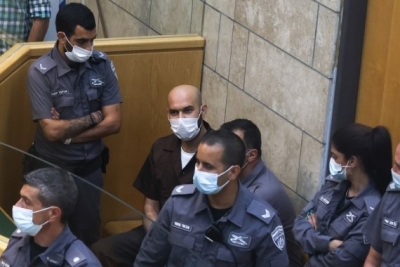 Jerusalem, May 23 (Ajit Weekly News) An Israeli court has sentenced six Palestinian prisoners to five more years in prison for escaping from a maximum-security prison in 2021.

The court found them guilty of “escaping custody” and fined each of them 5,000 shekels ($1,490), reports Xinhua news agency.

They were also sentenced to eight-month suspended sentences.

Sunday’s sentences will be added to the prison term they were already serving.

Five other inmates were convicted of assisting the six to escape and were sentenced to additional four years in prison.

The six, including Zakaria Zubeidi, a high-profile former commander of the Fatah’s Al-Aqsa Martyrs Brigade armed group, escaped the Gilboa Prison in northern Israel in September 2021.

They prepared the escape for almost a year, using cutlery and aluminium trays to create tools for digging a tunnel beneath their cell.

The jailbreak prompted a massive manhunt.

All six of them were captured by Israeli security forces days after the escape.

The six had been convicted or suspected of being involved in carrying out attacks against Israelis.