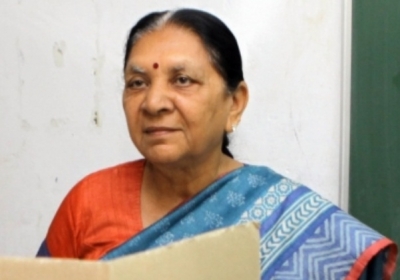 As soon as the Governor entered the Vidhan Sabha, Samajwadi Party and RLD members raised slogans and barged into the well of the house.

Holding placards with slogans against the state government on issues like inflation, unemployment and poor law and order, the opposition members repeatedly shouted ‘Go Back’ to the Governor who continued with her address.

In between the opposition members howled and wailed to break the monotony.

For over an hour, the Governor delivered her address and the pandemonium continued.

Though nothing could be heard clearly in the din, the Governor’s address listed the achievements of the Yogi Adityanath government and also spoke on some of the future projects.

Interestingly, for the first time, most of the BJP members came to the House waring orange caps that provided a perfect foil to the red caps worn by Samajwadi members.