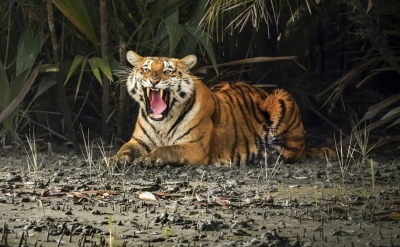 The petrified dead body of around 18 years old tiger was recovered on Monday morning by the forest rangers. Having grown old, Waghdoh (T33) was driven out of Tadoba Reserve by the younger tigers in 2015.

The giant beast had then settled in Devada forests of the buffer zone and then moved to Junona as it grew old. It has been sighted in the coal mines of Durgapur and forests around Sinala and Masala villages under Chandrapur forest range since the first week of this month. Forest department was closely monitoring its movement and had detected that it had grown sluggish with age.

Forest officials including CCF, Chandrapur, Prakash Lonkar along with other officials rushed to the spot.