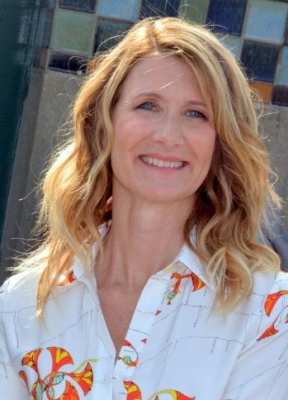 Los Angeles, May 23 (Ajit Weekly News) Actress Actress Laura Dern thinks that the age gap between her character and Sam Neill in “Jurassic Park” was “appropriate at the time.”

Starring alongside the 74-year-old actor as the romantic leads in the dinosaur blockbuster back in 1993, the actress has now commented that their 20-year age gap was only appropriate back when the movie was made, reports aceshowbiz.com.

The 55-year-old star also expressed her shock that the media picked up on it. “At the time, the age gap was a completely appropriate age difference for a leading man and lady!” she said.

“It never occurred to me until I opened a magazine and there was an article called ‘Old geezers and gals’. People like Harrison Ford and Sean Connery acting with much younger people. There I was, on the list. I thought, ‘Come on. It can’t be true,'” she continued.

She added: “But it felt completely appropriate to fall in love with Sam Neill. And it was only now, when we returned in a moment of cultural awareness about the patriarchy, that I was, like, ‘Wow! We’re not the same age?'”

In the joint interview, co-star Sam explained that the ‘Jurassic’ film series, which has so far spawned six films in its franchise since its debut in the 1990s – has always been a “metaphor for the dangers of uncontrolled business interests.”

He told The Sunday Times: “Jurassic films have always been a metaphor for the dangers of uncontrolled, shall we say, business interests?” Neill says with raised eyebrows. “And I’m not in any way anti-science, but one has to be judicious and careful, and Jurassic has always had that theme bubbling under it.”