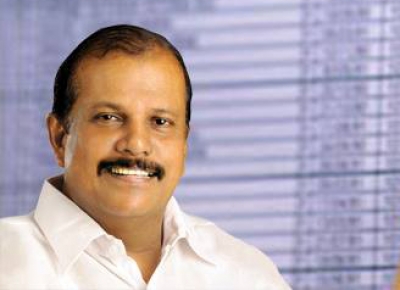 Kochi, May 23 (Ajit Weekly News) Already out on bail for making a hate speech, former seven-time MLA and Kerala Janapaksham Chairman P.C. George on Monday got a relief when the Kerala High Court granted him conditional anticipatory bail and asked the police not to arrest him till Thursday.

George on Saturday suffered a jolt, when a lower court here dismissed his anticipatory bail plea for his hate speech which he made early this month at an election meeting here.

Earlier this month, on May 1 after he was arrested, he was granted conditional bail by a local court in the state capital city for a similar offence.

And out on bail, a few days later George known for his provocative speeches, especially when it comes to attacking his adversaries, landed in trouble when he made a similar hate speech.

When Kochi City Police Commissioner C.H. Nagaraju said that George will be arrested as he has committed the same crime again, which is a violation of the bail conditions, George approached the Ernakulam District and Sessions Court seeking anticipatory bail, which was dismissed on Saturday.

But George was confident that he will get anticipatory bail from the High Court and he got it on Monday, subject to conditions.

George has been asked not to speak to the media and the court asked the police not to arrest him till Thursday, when the case will be disposed.

George pointed out that he has been a legislator for 33 years and he will not run away from the law.

Of late, in his political speeches, George has been going hammer and tongs against the Muslim community which has landed him in trouble yet again.

On May 1, after securing bail, George told media persons: “The Judiciary in India is for justice and the Honourable Chief Minister of Kerala, Pinarayi Vijayan, and his police had arrested me as a Ramzan gift to Islamic terror groups.”

George, who has been a legislator for seven terms, had lost the 2021 Assembly elections from his home constituency Poonjar and the one major reason why he lost is he antagonised the Muslim community in his constituency, who for long has been his mainstay.