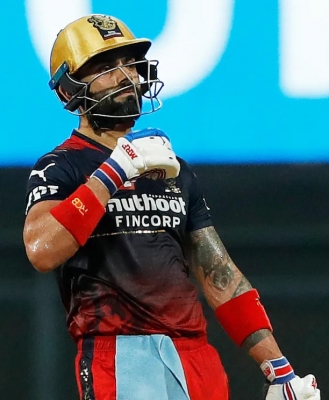 Mumbai, May 23 (Ajit Weekly News) Former India spinner Murali Kartik showed appreciation for the ex-India and Royal Challengers Bangalore captain Virat Kohli, saying that he is one of those players who is “always ready when the bell rings.”

After scoring 236 runs in 13 innings at 19.67 for RCB in IPL 2022, Kohli finally found his sublime touch in his 54-ball 73 against Gujarat Titans on May 19. Talking about Kohli’s recent form in IPL, Kartik said that he is a champion player who can still come around to save the day when required.

“You can’t keep such players out of the squad for tournaments like the T20 World Cup because they have earned the right to be there for what they are and what they can do at the end moment,” he said.

Kartik said that the Rajasthan Royals, Gujarat Titans, and Lucknow Super Giants handled the mega auction well and brought some young talents into the squad that helped them reach the playoffs stage.

“They are the new boys, but the players and people involved have been present for a long time. They have handled the post before. The auction plays a very important role and Gujarat Titans, Lucknow Super Giants and Rajasthan Royals did very well there,” Kartik said on ‘CricChat Season 2’ on ShareChat Audio Chatrooms.

“At the end of the day, the decisions taken on the auction day are the most important for team selection.”

He mentioned when talking about Mumbai Indians’ and Chennai Super Kings’ struggles this season, indicating weak performance on the auction day by the team’s management.

“For example, Bumrah doesn’t have consistent support in bowling. Super Kings’ bowlers have performed well but overall, it’s been difficult for them.”

Kartik explained that the competition has only become fiercer over the years and predicted an upward trend in the upcoming years in the IPL. He also spoke about his IPL tenure when he played for four teams: Kolkata Knight Riders, Pune Warriors, Royal Challengers Bangalore, and Kings XI Punjab.

During the session, Kartik reminisced about his time in Australia in 2004-05, when he ran through the Australian batting on a dustbowl, gaining seven wickets in the match to bowl India to a win, which is considered one of the best moments of his cricketing career.

For Kartik, playing for India was one of the most challenging yet most rewarding experiences. “I was competing for one spot against so many other good spinners, although I had come from a very small association.”

Finishing off, he emphasized the idea of minimising errors as the mantra to move towards perfection and excelling in whatever field an individual takes up as a career option.