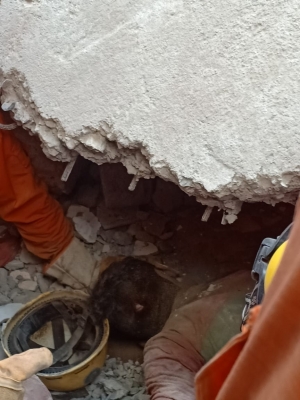 New Delhi, May 23 (Ajit Weekly News) As residents of the national capital woke up to heavy rain and winds on Monday, there were also reports of houses collapsing is some parts of the city.

In West Delhi’s Nihal Vihar area, a house collapsed at around 5 a.m. The persons trapped inside were rescued.

A similar incident was reported from the Jyoti Nagar area at around 6 a.m. Two fire engines were dispatched and there were no reports of any injuries.

The third incident was reported from the Shankar Road area in Central Delhi, where a rescue operation is ongoing.

The fourth incident was reported from Moti Nagar area of West Delhi at 6.36 a.m. The fire department has sent two engines to the spot.

The rescue operation is on while no one was hurt in the incident.