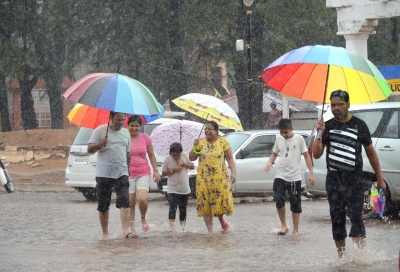 Panaji, May 23 (Ajit Weekly News) Goa is gearing up to tackle the monsoon related incidents as extremely severe cyclone Tauktae had wreaked havoc in the state, last year resulting in major damage to the houses and properties in the state.

Tourism Minister Rohan Khaunte on Monday held a meeting with officials of all concerned departments and instructed them to be fully prepared for any untoward incidents.

The Tourism Minister has instructed the national and state Public Works Departments to clean debris along the road side and also the gutter system in order to have smooth flow of rainy water.

“The areas shouldn’t get flooded due to these reasons. Hence, clear instructions have been given to officials to clear all debris by coordinating with the panchayat,” he said.

Khaunte said that he has instructed the authorities of Panchayats, water resources department to undertake the work of desilting of drains, gutters and nullahs on account of onset of monsoon.

“Manpower and services during monsoon should not fall short. Hence, we are gearing up to take all measures,” he said.

He said that agriculture fields should not get flooded during monsoon, hence officials have been told to take measures.