Booster dose over 80% effective against Omicron in kids under 5: Pfizer 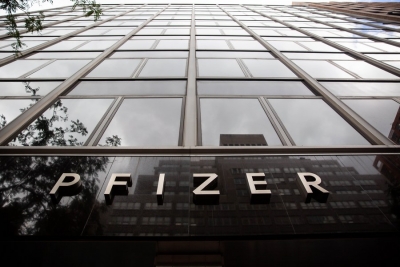 New York, May 23 (Ajit Weekly News) Pfizer on Monday announced that its third ‘booster’ dose was 80.3 per cent effective in preventing illness during the Omicron wave in children aged between 6 months to under 5 years of age.

The Phase 2/3 trial results showed that a third 3-microgram dose of the Pfizer-BioNTech Covid-19 vaccine in children under 5 years of age elicited “a strong immune response, with a favourable safety profile similar to placebo”, the company said in a statement.

In the Phase 2/3 trial, 1,678 children received a third dose of the 3-microgram formulation at least two months after the second dose at a time when Omicron was the predominant variant.

Besides eliciting a strong immune response, the vaccine was well tolerated by the children with a majority of the side effects mild to moderate, the company said.

“Our Covid-19 vaccine has been studied in thousands of children and adolescents, and we are pleased that our formulation for the youngest children, which we carefully selected to be one-tenth of the dose strength for adults, was well tolerated and produced a strong immune response,” Pfizer Chairman and Chief Executive Officer, Albert Bourla.

He said even as the “safety, immunogenicity and efficacy data are encouraging”, the company will soon submit it to regulators globally to make the jab available to younger children “as quickly as possible”.

Previously, Pfizer noted that its data on the first two shots for kids showed they were only 30 to 40 per cent effective.

Children under age 5 are the only group in the US that is not yet eligible for vaccination.

According to data from the US Centers for Disease Control and Prevention (CDC), during the Omicron wave, children younger than age 5 were hospitalised with Covid at five times the rate of the pandemic peak. About 75 per cent of kids under age 11 had been infected with Covid as of February, as per the CDC data.

Meanwhile, Moderna has also asked the US Food and Drug Administration to authorise its two-dose vaccine for children under age 6, CNBC reported.

Its vaccine was about 51 per cent effective against infection from Omicron in children under age 2, and about 37 per cent effective for kids ages 2 to under 6-years-old. However, Moderna said the antibody levels induced by the vaccine should translate into high levels of protection against severe illness, the report said.

The FDA’s committee of independent vaccine experts plans to meet in June to consider Pfizer and Moderna’s applications.