BJP's tally in Bengal Assembly set to come down below 70 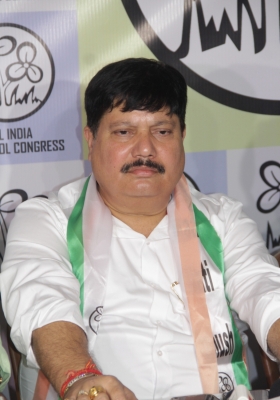 Kolkata, May 23 (Ajit Weekly News) The BJP’s tally in West Bengal Assembly is now all set to come down to below 70.

After the sitting BJP Lok Sabha member from Barrackpore in North 24 Parganas district Arjun Singh joined Trinamool Congress on Sunday evening, his son Pawan Kumar Singh, who is currently the BJP legislator Bhatpara Assembly constituency, is all set to follow his father’s footsteps.

“When the father has joined Trinamool Congress, where will the son go,” Arjun Singh said. Once that happens, BJP’s seat tally in the West Bengal Assembly will come down to 69 from the existing strength of 70.

To recall, in the 2021 West Bengal Assembly elections, the BJP got 77 legislators. But immediately after that two of its MLAs — namely Nishith Pramanik and Dr Jagannath Sarkar — who were also sitting Lok Sabha members, resigned as MLAs to retain their Parliamentary chairs, thus bringing down the tally immediately to 75.

After then five sitting BJP legislators joined Trinamool Congress one after another to bring down the tally to the existing figure of 70. Now if Pawan Kumar Singh follows the same example, the tally will come down to 69.

By-elections for the Bhatpara Assembly happened in 2019, Pawan Kumar Singh got elected on behalf of the BJP. In the 2021 West Bengal Assembly elections, he got re-elected from the same constituency.