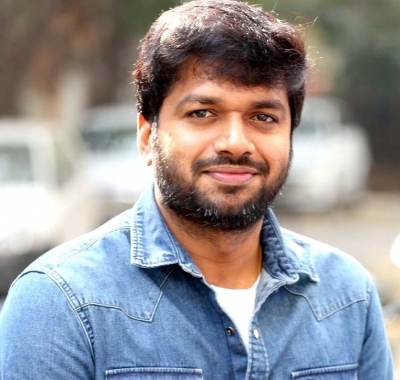 Hyderabad, May 23 (Ajit Weekly News) Director Anil Ravipudi was asked about the details of his film with Balakrishna, ‘NBK108’ while promoting his upcoming film, ‘F3’.

Anil, exclusively mentions that ‘PellisandaD’ actress Sreeleela will play a key role in the film as Balakrishna’s daughter, which has only added to the buzz surrounding the film.

Despite not giving away too much, Anil discussed the characterisation and role of Balakrishna, who will appear as actress Sreeleela’s father in their highly-anticipated next.

According to Anil, the film is character-driven, with Balakrishna playing a pivotal role. Balakrishna’s character has been designed with a tinge of comedy, with the action scenes of the film receiving more attention.

While Anil’s forte is comedy, he says he is willing to take a chance on a never-before attempt for Balakrishna’s film.

“I haven’t been this giddy in a long time. Going offbeat and portraying Balakrishna in the way that the makers have portrayed the heroes of ‘Arjun Reddy’, ‘Pokiri’, or ‘Gabbar Singh’ is a challenge for me. I mean that his presence in the film will be based on a character,” explained Anil.

Balakrishna is currently working on an upcoming film directed by Gopichand Mallineni, while Anil is awaiting the release of his recent directorial ‘F3’.