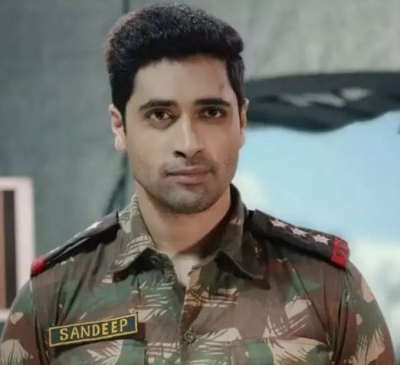 Hyderabad, May 23 (Ajit Weekly News) Adivi Sesh portraying the role of 26/11 martyr Major Sandeep Unnikrishnan in the movie ‘Major’, has so far drawn rave reviews for the theatrical trailer and other promotional stuff.

The makers of ‘Major’ have now announced nationwide previews.

“Namaste India. We are coming to you with our film, 10 days in advance.#Major Pre release Film Screenings across India from May 24th,” the producers wrote, as they officially announced the advance previews of the movie, on their social media handles.

Exclusive preview-screenings will happen in a number of cities across India, the details of which are yet to be revealed.

The much-anticipated pan-India film directed by Adivi Sesh, will release on June 3 amid high expectations.

Directed by Shashi Kiran Tikka, the movie stars Saie Manjrekar, Prakash Raj, Shobita, and others in the lead roles.