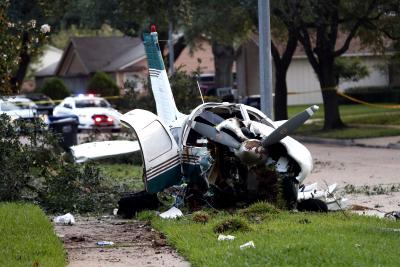 Paris, May 22 (Ajit Weekly News) A tourist plane crashed near the town of Les Adrets in southeast France, officials said.

Five dead bodies, including a child, were discovered at the site of the crash on Saturday afternoon, French news channel BFMTV reported.

According to BFMTV, eyewitnesses to the crash tipped off local authorities, and nearly 60 firefighters were deployed to the site to douse the fire.

The plane, which belonged to an aero club, was conducting its first flight. It took off from Versoud airdrome near the city of Grenoble, BFMTV reported.

An investigation has been underway, according to local officials.