SC: Multiplicity of proceedings not in public interest, clubs 118 FIRs into one 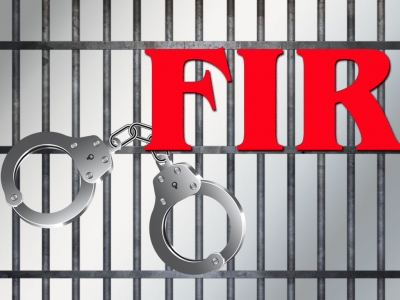 A bench comprising Justices A.M. Khanwilkar, Abhay S. Oka, and J.B. Pardiwala said: “We, in exercise of power under Article 142 of the Constitution of India, accede to the relief claimed in terms of the prayer clause (b) – of consolidation of all FIRs, including registered in New Delhi with FIR No.353/2015 as the principal FIR and for being proceeded with in accordance with law, as we are of the opinion that multiplicity of the proceedings will not be in the larger public interest as well.”

The top court relied upon its verdict delivered in the case of TV journalist Amish Devgan and exercised its wide power under Article 142, which empowers it to pass any order to ensure justice, to club multiple FIRs in the Bike Bot and Grand Venice Mall scams.

The bench noted that as many as 118 FIRs have been filed across Uttar Pradesh. However, one FIR dated July 6, 2019, is registered at Economic Offence Wing, New Delhi. “We hasten to add that the Government of NCT of Delhi has no objection to club this FIR along with the principal FIR,” it noted.

It was submitted before the top court that the investigation in some FIRs has been completed and even charge sheets have been filed by the Special Investigation Team (SIT), which was constituted by the state government for all cases. Advocate Vishal Gosain, representing one of the accused Satinder Bhasin, contended before the court that FIRs should be clubbed to avoid multiplicity of proceedings.

The bench said: “Further, it will be open to the Investigating Officer in the case registered as FIR No.206/2019, to file a supplementary charge sheet which will be a composite charge sheet to deal with all the statements collated during the investigation in the other cases, including the statement of complainant in the respective FIR as being statement under Section 161 of the Cr.P.C.”

In the Bike Bot scheme, an investor had to pay Rs 62,100 per bike with an assurance of Rs 5,175 in monthly returns and other benefits, and the rent was fixed at Rs 4,590 per bike per month. In these multi-level marketing schemes, investors could invest in as many bikes as they desired.

In September last year, businessman Dinesh Pandey, one of the accused, was released on bail, and the top court asked him to deposit Rs 10 crore as a precondition to the relief.