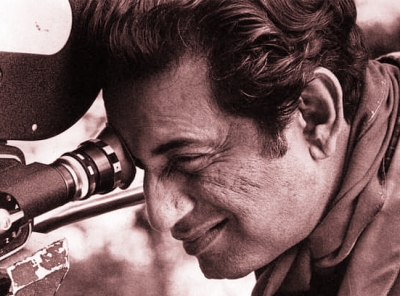 Los Angeles, May 22 (Ajit Weekly News) A restored version of Indian maestro Satyajit Ray’s ‘The Adversary’ is playing at Cannes Classics this year and films inspired by his works are being planned.

First up is feature documentary ‘Forest of Humans’, which looks at Ray’s creative relationship with Kolkata, the city where he lived and worked all his life.

Directed by Harvey and produced by Sen, the documentary explores the many ways in which Ray used Kolkata’s diverse humanity to create an entire cinematic world. Filming almost entirely on location in Kolkata, ‘Forest of Humans’ aims to show how Ray’s poetic world is still mysterious and alive in the city today.

“In return Ray gave the city its sense of self.”

“His films never try to idealise Kolkata but constantly transform how it is perceived,” says Harvey.

“Look at ‘The Adversary’s’ disaffected anti-hero who is seen apart from his city, unable to find solace in its casual pleasures.”

‘The Adversary’ also partly provides the inspiration for ‘Prantik’, a contemporary drama set in Kolkata and London.

It takes as its starting point a similar premise – the story of a young man who, when his father dies, is forced to make his own way in the city. ‘Prantik’, which will be directed by Sen, with Harvey serving as creative producer is slated to shoot this fall.

“In addition to ‘Prantik’ and ‘Forest of Humans’ we’re also planning a period film called ‘Niru,’ set in the Calcutta (as the city was called then) of the 1880s, at the height of the Raj, and based on Ibsen’s play, ‘A Doll’s House.’ Ray’s extraordinary film, ‘Charulata’, is proving to be a great creative inspiration for that project,” Harvey and Sen said.

Both filmmakers said they are committed to exploring the rich legacy offered by Ray.

“Ray is the most complete auteur in the history of cinema. He wrote, designed, directed, edited and even composed the musical score for his films. You can learn everything from Ray.”