Rahul Khanna: People believe acting is all about lying convincingly 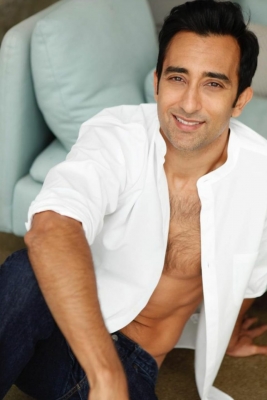 Mumbai, May 22 (Ajit Weekly News) Actor Rahul Khanna, who recently lent his voice for being comfortable in one’s own skin and supporting conscious fashion to protect nature, explains how it is important to find comfort within to deliver a nuanced performance as an actor.

The recent social campaign was for a fashion brand in which he says ‘being yourself and celebrating diversity’ was his reason to be the voice of the project. Asked about how important it is for an actor to be comfortable in his own skin whereas he is constantly playing someone else on-screen, Rahul told Ajit Weekly News: “I suppose the more comfortable you are in your own skin, the easier it is to put on the skin of another and the more genuinely you’re able to approach a role.

“People think acting is about lying convincingly but it’s really more about telling the truth — being able to tap into real emotions within yourself so that you can then express them authentically as the character. That’s something you strive for as an actor.”

Rahul, the son of late actor Vinod Khanna, further added, “That’s my unqualified take — I’m not an expert psychologist! I’m still figuring it out myself, which is why I related to the message of the CottonWorld film.”Being an actor in the business who appeared in films like Deepa Mehta’s A’1947 Earth’, ‘Leila’ and appeared as a host for fashion shows and models for fashion brands Rahul said even though vanity is an important part of the job, for him style is more of self-expression.He explained: “I do love fashion, but, ultimately, it is ephemeral. Style is what interests me more because ita¿s a creative expression of your personality and manifests in every aspect of your life. Vanity is fun and should not be taken seriously.

“We are all riddled with self-doubt and insecurities so why not celebrate the things we like about ourselves — be they external or internal, while maintaining a good sense of humour about it all.”

Rahul signed off by saying: “But yes, perhaps actors are a bit more prone to vanity because, at the end of the day, we are our own product. You don’t call an executive who promotes his multi-national brand vain! Isn’t it the same thing?”