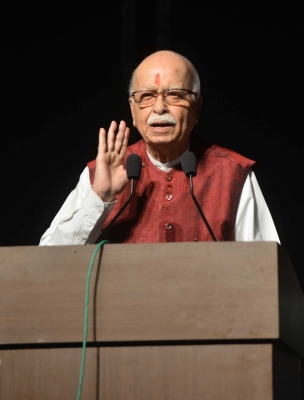 <br>The Ram Rath Yatra was a religious yatra but had political aims. It was organised by the Bharatiya Janata Party (BJP) and its sympathisers and led by the then president of the BJP, LK Advani. The yatra was to support the agitation led by the Vishwa Hindu Parishad (VHP) and the Sangh Parivar to construct a temple to Hindu deity lord Ram at the site of the Babri Masjid. Following the yatra in 1992 the disputed structure was demolished and now the construction of a temple is going on at the Ayodhya site, after the apex court judgement.

The ongoing Gyanvapi mosque row will also have wide ramifications for national politics. The principal opposition party, the Congress, has alleged that it is a diversionary tactic but political analyst VInod Shukla differs and says that the "BJP does not need any issue for 2024 as Hindu have already awakened and the 2019 election is testimony to it, the BJP is very strong and does not need any such emotive issue."

"The issue of other places is raked up because the sentiments within the community is that why should all the wrongs done in the past should be rectified," he added.

While other experts said that the real issues have been put on the backburner thanks to the media which is raking up the issue continuously, political analyst Shakil Akhtar said that, "the BJP now has to answer for anything related to the inflation, unemployment and China issues, but certainly any emotive issue has a political impact on politics and the BJP with a brute majority and all resources in hand will cash in on the situation."

Though the 2024 elections are two years away but keeping the pot boiling will suit the ruling dispensation which has taken all the credit for the Ram Mandir. The opposition lacks a counter narrative and the leadership to take on the BJP on issues like this. Sources said that in the recently concluded Congress Chintan Shivir, the party had discussed about Hindutva but did not discuss the issue of the Gyanvapi mosque.

Ayodhya helped BJP in forming five governments — the first 13 days government, then the 13 months coalition government and the five year coalition government and now in 2014 and 2019. In the last two elections the BJP reduced the opposition Congress to double digits, its worst ever performance. However, the Congress thinks that the economic and social issues will help it to counter the BJP but playing second fiddle to the BJP on the Hindutva issue will not help, as it will be champions vs greenhorns.