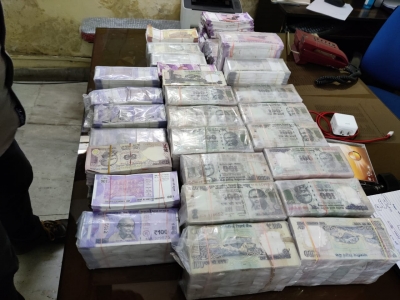 New Delhi, May 22 (Ajit Weekly News) A Special NIA Court in Kolkata on Saturday convicted three persons in a terror case and awarded them a five-year jail term.

The court awarded a jail term to Jakir Sk, Bapi Ghosh, Mohammed Jamiul, who were convicted under sections 120B, 489B, 489C of IPC and also slapped a fine of Rs 10,000 each for committing the offence.

The case is related to recovery of fake Indian counterfeit currency notes having face value of Rs 7,00,000 in denomination of Rs 2,000 and Rs 500 from the possession of accused Sk and Ghosh by West Bengal Police at Ballalpur Belly bridge Mor beside NH-34 road under the jurisdiction of Farakka police station.

The case was initially registered on April 11, 2019, at Farakka police station in Murshidabad district and later on the probe was taken over by the NIA on May 9, 2019.