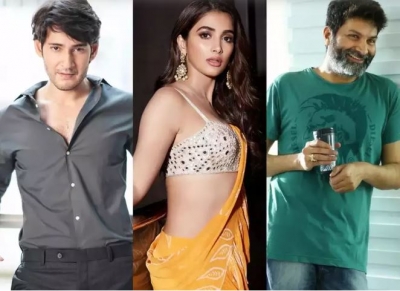 Hyderabad, May 22 (Ajit Weekly News) Telugu superstar Mahesh Babu is buoyed by the box office success of his new film ‘Sarkaru Vaari Pata’ even as the producers of his upcoming film ‘SSMB28’ are gearing up for a major announcement.

The makers of ‘SSMB28’ will apparently reveal the film’s first look and title in a big way.

Director Trivikram Srinivas, who recently worked on the ‘Bheemla Nayak’ screenplay and dialogues, has apparently secured an interesting title for Mahesh’s ambitious project.

‘SSMB28’ is Mahesh and Trivikram’s second collaboration after ‘Khaleja’, which was released in 2011. This will be Mahesh Babu’s 28th film, and hence the working title.

Pooja Hegde has been cast in the film as the leading lady. She is collaborating with Mahesh for the second time, following the critically acclaimed ‘Maharshi’.