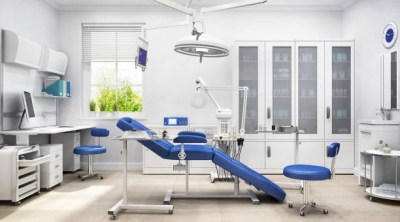 <br>India was shocked to hear about the death of a young Kannada actress Chethna Raj while undergoing plastic surgery at a private clinic in Bengaluru last week. Her death at such a young age during the surgery has left behind many questions on the medical regulations and ethics.

"The Clinical Establishments (Registration and Regulation) Act, 2010 has been enacted by the Central Government to provide for registration and regulation of all clinical establishments in the country with a view to prescribe the minimum standards of facilities and services provided by them," said Dr. Manoj Jha, Head of Department, Plastic Surgery, Ram Manohar Lohia Hospital, told Ajit Weekly News.

This act requires all clinical establishments to register themselves and provides a set of standard treatment guidelines for common diseases and conditions.

"Despite this Central act, not all states of India have made any clear provisions to implement this act which is the reason for mushrooming such types of clinics everywhere," said Dr. Jha.

He said that according to the act, the state governments must adopt the law by passing a resolution in the legislative assemblies. But it has not been implemented in all states yet, he added.

Talking about the guidelines, Dr. Jha said that National Medical Councils can take action only against those who are registered with the Council but in absence of strict implementation of that act, many clinics are running without any licence.

"Liposuction is a safe procedure. In the last 900 consecutive procedures done at RML hospital, no serious complications have been observed," said Dr Jha.

The absence of strict regulation is a driving factor behind the growing number of such cosmetic clinics.

"The Ministry of Health in consultation with National Medical Council should come up guidelines to stop this illegal practice of cosmetic services across the nation. And, it must be audited at some intervals," said Delhi based Dermatologist & Laser & cutaneous surgeon Dr. Deepali Bhardwaj.

"Because of good money prospects involved in cosmetic services, even those who are not doctors or dermatologists are running such clinics. Even Liposuction is being undertaken without ICU facilities and people are dying. The incident like that of Kannada actress has become common in the absence of strict regulations," said Dr. Bhardwaj.

She also said that "eventually such incidents will adversely impact our medical tourism".

The government must take step in this direction. Such incident is not in good taste for anyone — patients and doctors. But, more quacks are involved in such clinics, Dr. Bhardwaj, who is also a member of Medical Tourism Board, told Ajit Weekly News.

(Avinash Prabhakar can be reached at [email protected])