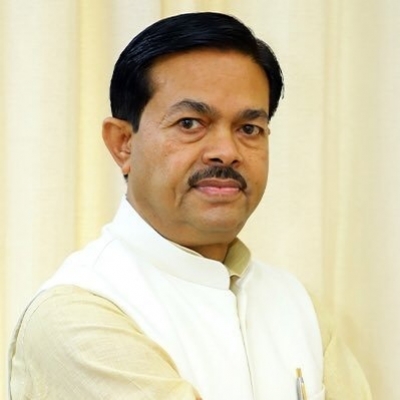 <br>While the construction of the Ram temple in Ayodhya is going on in a full swing, a dispute is building up on the issues of Gyanvapi and Krishna Janmabhoomi.

In an exclusive interview with Ajit Weekly News, Verma gave an insight into what will be the BJP’s role on both the issues, whether the BJP-led Central government or the state government can take an initiative on its own and what is the BJP government’s view on the Places of Worship Act 1991.

Q. After Gyanvapi’s survey report, Hindus and Muslims are pitted against each other and a lot of statements are being made. What is your take on it.

A. See, the Gyanvapi issue is in court and we should all respect the court’s order. The way the Shivling and other signs of Hindu culture have been found there, everything becomes clear by itself.

We all know that our country was ruled by the Mughals for a long time. Invaders like Babar came here who tried to erase our culture and demolished the temples which include Ayodhya and Kashi.

The truth has come out. The matter is in court and we hope that the verdict will be positive in this too. We should wait and respect the court’s verdict.

Q. Citing the Places of Worship Act 1991, Muslims and people like AIMIM leader Asaduddin Owaisi are saying no changes can be made at Gyanvapi mosque. What’s your view.

A. Owaisi can say anything, but the country runs by the law and the Constitution. The country will not run on the basis of Owaisi’s statements. He gives provocative speeches but Hindus and Muslims of Uttar Pradesh are sensible enough not to get carried away by his speeches. But if such acts will continue, the law will take its own course.

Q. But Owaisi is saying that as per the Places of Worship Act, no changes can be made in Gyanvapi.

A. Who is making the changes… Nobody… Whatever is being done, it is on the basis of the court’s directions. We have less knowledge of law as compared to people sitting in courts. So, whatever verdicts the court had given or is giving is on the basis of rules and regulations.

A. Akhilesh Yadav does the politics of Muslim appeasement. Earlier, his father Mulayam Singh Yadav used to do that and nowadays Akhilesh is doing that. The statement Akhilesh has given is petty in itself. It means that he does not have any faith in Hindu dharma and culture. He does the politics of appeasement to keep the Muslims happy and hurt the feelings of Hindus. Earlier also, he had to bear the brunt and will continue to do so.

A. He should know that following the mantra of ‘sabka saath sabka vikas’, the BJP governments without being biased are working for all. Under the guidance of Prime Minister Narendra Modi, the country is progressing rapidly. But as he is in the opposition, he wants to say one or the other thing. However, the public knows it all.

Q. You said that the matter is under consideration in the court. How will the court solve the dispute. What is your opinion on this

A. See, we have been slaves for quite a long time. A few people revere those who ruled us and act on the basis of their ideology. It is the country’s misfortune. As far as a solution is concerned, we are waiting for the court’s verdict.

Q. Your party (BJP) had in the 1989 Palampur convention passed a proposal and came out in support of the Ramjanmabhoomi movement. What will the BJP do in Mathura and Kashi

A. See… for the BJP, Ayodhya, Mathura and Kashi are symbols of faith. Other political parties do vote bank politics but the BJP doesn’t.

Q. Your government repealed Article 370, 1500 obsolete laws. Considering them, a demand is being made for an amendment in the Places of Worship Act or its revocation.

A. Whatever is in the interest of the country, a government should do that and our government is doing that.

Q. Will you amend the Places of Worship Act or repeal it?

A. I will not comment on the issue right now. I will only say that the BJP government acts in a constitutional way.