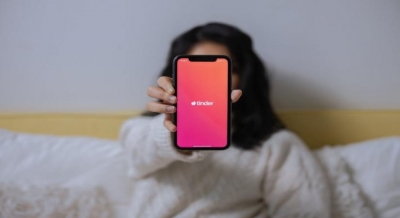 San Francisco, May 22 (Ajit Weekly News) Tech giant Google has reportedly reached an interim agreement with Match Group, the dating app provider behind Tinder, Hinge, and OkCupid, that will allow its apps to remain on the Google Play Store while offering alternate payment systems.

Earlier this month, Match Group filed a complaint against Google, alleging the company “illegally monopolised the market for distributing apps” by requiring app developers to use Google’s billing system and then taking up to a 30 per cent cut on any in-app purchases, reports The Verge.

Match Group later sought a temporary restraining order against Google, but withdrew its request on Friday after Google made some concessions.

In addition to Google’s promise that it won’t block or remove Match Group’s apps from the Play Store for using third-party payment systems, Google must make a “good faith” effort to build “additional billing system features that are important to Match Group”.

Match has also agreed to work towards offering Google’s billing system as an option in its apps, as per the report.

Instead of paying Google a commission for payments that occur outside of its billing system, Match has set up a $40 million escrow fund until an official agreement has been reached, and is required to keep track of all the fees it would have owed Google starting July 1.

Both companies are set to go to trial in April 2023. Google said it plans on filing a countersuit against Match for allegedly breaching its Developer Distribution Agreement in the meantime.