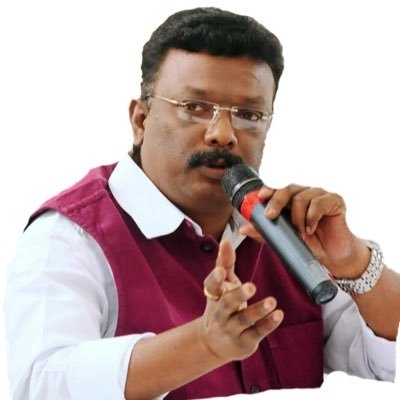 Hyderabad, May 22 (Ajit Weekly News) Opposition Congress and BJP in Telangana have demanded that the state government cut the Value Added Tax (VAT) on petrol and diesel to provide relief to people following the Centre’s move to cut excise duty.

“It’s high time that the Telangana government also proportionately reduce VAT and other taxes on petrol and diesel,” he said.

He demanded that Telangana Chief Minister K. Chandrasekhar Rao cut VAT and other taxes by 30-40 per cent.

He told reporters in Karimnagar on Sunday that the state government is collecting Rs 30 in form of tax on per litre petrol. He said if the state reduces the VAT, petrol price in the state can be brought down to Rs 80 per litre.

The BJP leader thanked Prime Minister Narendra Modi for reducing the price of petrol and diesel and for giving Rs 200 subsidy on Ujjwala cylinder. He said the Centre has provided relief to people despite Covid-19 crisis and Russia-Ukraine war.

The Centre on Saturday announced Rs 8 per litre cut in excise duty on petrol and Rs 6 on diesel.

Following the Centre’s decision, the price of petrol in Hyderabad has been reduced by Rs 9.83 and that of diesel by Rs 7.67.

The Telangana Rashtra Samithi (government) had earlier rejected similar demands to reduce VAT saying it did not hike the tax in the last seven years.

Currently, VAT on petrol in Telangana is 35.2 per cent while it is 27 per cent on diesel.

The TRS government has been demanding that the Central government should reduce the cesses which it increased indiscriminately since 2014. The state government says that this will reduce fuel prices by 30 per cent.

Rama Rao had said that Telangana hasn’t increased VAT on fuel since 2014 and rounded off only once.

“We don’t get 41 per cent of our rightful share because of the Cess imposed by your govt. In the form of Cess you are looting 11.4 per cent from the state & we are getting only 29.6 per cent for FY23,” he had tweeted.

He had also stated that if Cess is scrapped, petrol can be sold at Rs 70 and diesel at Rs 60 all over India.