2 held at IGI airport with gold worth Rs 21 lakh 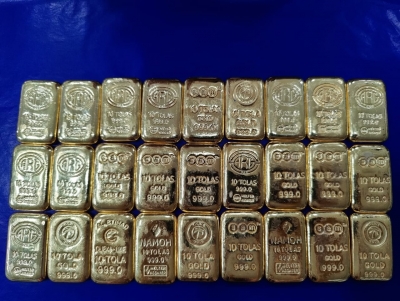 New Delhi, May 22 (Ajit Weekly News) Customs officials on Sunday said that they have arrested two persons in connection with smuggling and have recovered 477 grams of gold worth Rs 21,87,804 from their possession.

A senior customs official said that both the accused were held on May 20 following spot profiling.

“Both are Indian nationals. We have booked a case of illegal import of gold against them on May 20, on the basis of spot profiling,” said the official.

The official informed that upon frisking the passengers, one gold chain and four gold bangles, collectively weighing 477 grams and having tariff value of Rs 21,87,804, were recovered from their possession.

Further probe in the matter is on.