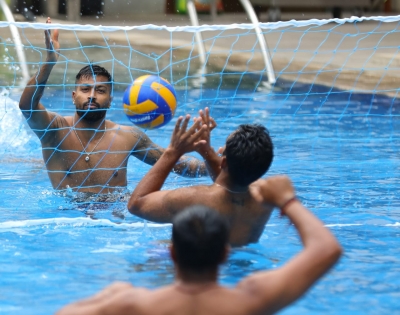 London, May 21 (Ajit Weekly News) Former England cricketer Kevin Pietersen feels “no fear” and “a fresh slate” have worked for the two new Indian Premier League (IPL) franchises — Gujarat Titans and Lucknow Super Giants –, adding that he was simply amazed by the latter’s 210-run opening-wicket partnership in the game against Kolkata Knight Riders on May 18.

Thanks to the record opening-wicket partnership between South African Quinton de Kock (140 not out off 70 balls) and skipper KL Rahul (68 not out off 51 balls), LSG put 210 runs on the board and won the match by two runs to go second on the IPL points table behind the Titans.

Rajasthan Royals, though, pushed LSG to third on the table following their five-wicket win over Chennai Super Kings on Friday night.

“It feels right that the two teams definitely through to the playoffs are Gujarat Titans and Lucknow Super Giants. I’ve been very impressed by both. The fact that they are new franchises means that they have approached this competition with no fear and a fresh slate, which has worked for them,” opined Pietersen on Betway Insider.

“Lucknow batting for 20 overs without losing a single wicket on Wednesday was incredible. It’s not something you can ever imagine happening, considering the risks you take and the shots you play. Quinton de Kock and KL Rahul always had the potential to do something special as an opening partnership but that was crazy and puts them in a great position to go on and win the tournament.”

Pietersen added that Royal Challengers Bangalore had kept the IPL league phase alive right till the very end by defeating Gujarat Titans by eight wickets at the Wankhede on May 19. While the top three playoffs slots have been filled by the Titans, Rajasthan Royals and Lucknow Super Giants (in that order), the last slot will be decided after the match between Mumbai Indians and Delhi Capitals later on Saturday.

A win for Delhi will take them to the playoffs, while a loss would see the Faf du Plessis-led RCB clinch the last-four berth.

“The race for the playoffs is well and truly on after RCB got the job done on Thursday. Delhi are another team that I follow closely and always hope do well. Mitchell Marsh is flying at the moment and Kuldeep Yadav is a match-winner, so I think if they get into the top four they will be dangerous,” said Pietersen.