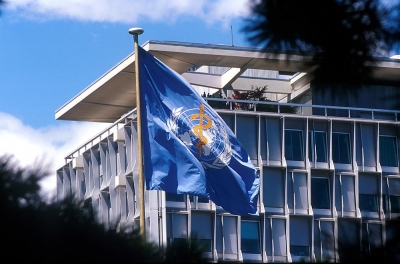 Kisumu (Kenya), May 21 (Ajit Weekly News) African municipal authorities should invest in programmes that aim to shield the low-income urban population from disease outbreaks as a means to tackle poverty and inequality, a WHO official said at the ninth Africities summit underway in Kenya’s western city of Kisumu.

Adelheid Onyango, the Director of Universal Health Care and Healthier Populations at the WHO, said on Friday that universal access to quality healthcare services among city dwellers was a prerequisite to attaining equitable growth and cohesion, Xinhua news agency reported.

“African city managers should invest in primary healthcare services in order to reduce a disease burden that was taking a heavier toll on residents of informal settlements,” Onyango added.

She said curbing air pollution and providing safe drinking water to urban dwellers would cut down on expenditure dedicated to treating infectious diseases such as cholera, typhoid and pneumonia, urging municipal authorities to promote non-motorised transport, encourage city residents to exercise and consume organic food in order to tame the growing threat of non-communicable diseases like cancer and diabetes.

She added that the ninth edition of the Africities summit which runs until Saturday has created a platform for policymakers, city managers and investors to discuss innovative financing for primary healthcare in urban centres.

According to Onyango, adequate funding combined with reforming healthcare policies and investments in grassroots campaigns would reinvigorate action on the growing disease burden in African cities.

She stressed that routine immunisation for children, revamping maternity services and improving access to contraceptives was key to boosting health outcomes for women, children and adolescents residing in African cities and towns.

Onyango urged city managers to invest in surveillance in order to boost action on disease outbreaks whose frequency and intensity have been linked to climate change and pollution.