Water release from Mettur Dam on May 24: TN govt 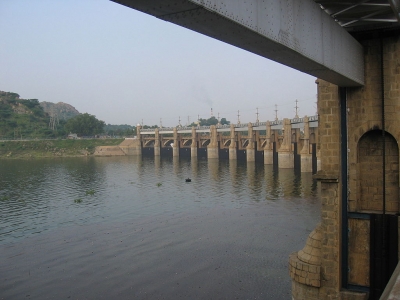 Chennai, May 21 (Ajit Weekly News) Tamil Nadu Chief Minister M.K.Stalin on Saturday ordered the release of water from Mettur Dam for irrigation on May 24.

In a statement, the state government said owing to the rains in the catchment areas, the water inflow to the dam is good. The water level in the dam is 115 ft.

Considering the increased inflow, the water level in the dam will soon touch its maximum capacity (120 ft).

Hence, instead of the customary June 12, the dam’s shutters will be opened on May 24. This is also the first time in the dam’s post independence history, the water is released in the month of May.

As a result, farmers in the delta region can plant in large area the ‘Kuruvai’ paddy or short duration paddy variety and also get ready for the ‘Samba’ season.

The government said desilting work of the canals will be completed soon and the water from the dam will reach the tailend areas.

Earlier in the day, PMK leader Anbumani Ramadoss had urged the Tamil Nadu government to open the dam’s shutters early instead of June 12.

The former Union Minister said the water level in the Mettur Dam touched 115 ft on Saturday morning and if the current inflow continues then the water level will touch the full capacity (120 ft) in two days time.

He said the farmers are getting ready for the short term crop the government should open the dam gates early and not wait till June 12.

Ramadoss also said the Tamil Nadu government should announce the water release date from the Mettur Dam ahead and also ensure availability of seeds, fertilisers and other inputs for the farmers.