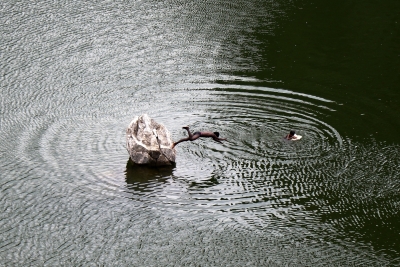 Chennai, May 21 (Ajit Weekly News) The prestigious river cleaning programme Nadanthaai Vaazhi Cauvery scheme of the Tamil Nadu government has turned out to be a non-starter for want of funds from the Jal Shakti Ministry.

The state water resources department had planned to rejuvenate the Cauvery and its tributaries in Tamil Nadu and also curb sewage pollution bringing it under the Nadanthaai Vaazhi Cauvery scheme.

The state government, according to a senior official with the Water resources department, had submitted a report to the ministry of Jal Shakti in 2019 with an estimated project cost of Rs 11,250 crore to be included under the Namami Gange Scheme of the Union government.

R.K. Ravidurai, a social activist and river protection crusader from Coimbatore while speaking to Ajit Weekly News said: “The project has to be completed as early as possible. The waste that is being dumped into the Cauvery from textile industries in Western Tamil Nadu is bringing a slow death to the river. Farmers who are at the tail end are not able to use the water for farming purposes due to high pollution in the river. The state government must coordinate with the Central Jal Shakti Ministry and sort out the technical issues and clear the project.”

Sources in the state water resources department told Ajit Weekly News that the state government was planning to implement the project in two phases once the funds are allocated from the Jal Shakti ministry.