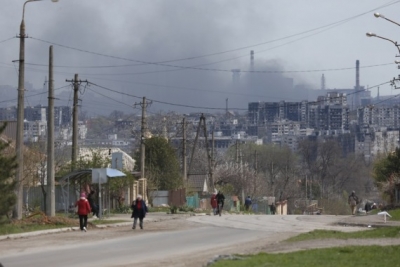 “The underground facilities of the enterprise, in which the militants were hiding, are in complete control of the Russian armed forces,” the Ministry added on Friday in a statement.

“The last group of 531 militants surrendered today,” it said, adding that “a total of 2,439 Azov Nazis and Ukrainian soldiers had laid down their arms since May 16”.

According to the statement, Russian Defence Minister Sergei Shoigu has reported to Russian President Vladimir Putin on the completion of the operation, Xinhua news agency reported.

Shall we take our clothes off? UK PM asks G7 leaders