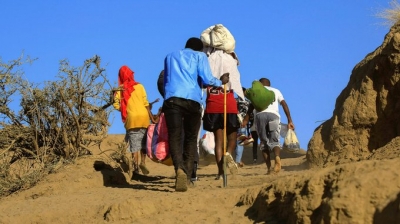 United Nations, May 21 (Ajit Weekly News) During the past week, 319 relief trucks and a fuel tanker reached Ethiopia’s Tigray region, the highest number in a single week since June 2021, UN humanitarians said.

“Since aid convoys resumed at the start of April, around 15,500 metric tons of food aid have been brought into the Tigray region and are being distributed in 45 priority districts,” the UN Office for the Coordination of Humanitarian Affairs (OCHA) said.

But to reach all those in need, at least 68,000 tons more are required, Xinhua news agency reported.

Although the 319 trucks loaded with aid cargo and one fuel tanker entered Tigray, humanitarian agencies still report a shortfall of cash, fuel and supplies for the beleaguered in the region, the office added.

The United Nations and partners continue to assist people in the neighbouring Afar and Amhara regions, where needs also remain high.

The OCHA said in Afar’s Zone 2, a recent assessment found extremely worrying levels of malnutrition among some internally displaced people.

More than 845,000 people have received food assistance in Afar since late February. In the past week, more than 100,000 people benefitted from the trucking of clean water.

The world body and partners are also responding to the severe drought to hit the area, affecting more than 8 million people, especially in southern regions of Ethiopia.