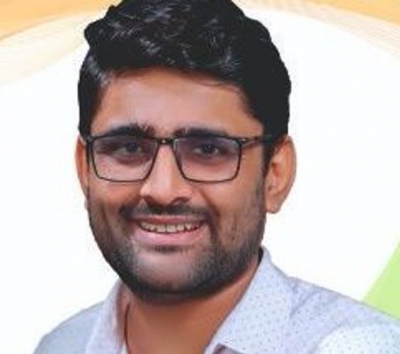 Ahmedabad, May 21 (Ajit Weekly News) AAP’s Gujarat convener Gopal Italia has claimed that the people of the state demand change and want to burst the balloon of the BJP.

The AAP has been conducting a Parivartan Yatra since May 15 in Gujarat which is slated to go to the Assembly polls in December.

Speaking to Ajit Weekly News on Friday, Italia said the Yatra has started from Somnath, Dwarka, Siddhpur, Umargam, Kutch and Dandi on six different routes in the state and will continue for the next 20 days.

“Forty villages are being covered every day. Road shows are held in the morning and evening, meetings with social representatives in the afternoon,” Italia added.

On people’s response to the yatra, the AAP leader said many people attend meetings and welcome the road shows.

“We are getting a very good response. The only thing that is heard in every village is that now is the time to bring change, and to burst the balloon of BJP,” he claimed.

“People want to give a chance to Kejriwal’s Aam Aadmi Party. People all over Gujarat are giving the same message that they want change,” he added.

On the BJP having well-known faces against AAP, Italia said that no one is popular even in the saffron party.

“Isudan Gadhvi is more popular than Bhupendrabhai or CR Patil. Getting a position does not make a person popular. It is not a matter of popularity but of issues.

“The parivartan yatra is being held to convey AAP’s thoughts and ideas to the people of Gujarat. Only then will people be able to join us,” he added.

“We are conveying to the people the work done by the AAP in Delhi and what it wants to do in Gujarat in future. We talk about the most important issues faced by people such as electricity, water, prices of agricultural products, education system, health, anti-corruption,” he pointed out.

Italia said: “We value people. Many sarpanches are joining us. Some openly support us while some are still afraid of the BJP. People from all over Gujarat voted and handed over power to the BJP. Now everyone knows that the BJP is just doing grandstanding. The whole of Gujarat is fed up with BJP. “

Recently, when Hardik Patel resigned from the Congress, AAP had criticised the grand old party and invited him into the party fold.

When asked whether Hardik will join AAP, Italia said that there is no discussion about the PAAS leader joining the party.