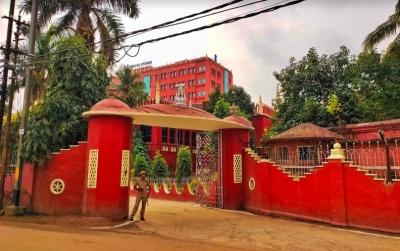 Bhubaneswar, May 21 (Ajit Weekly News) In an exemplary punishment, the Orissa High Court has asked a tehsildar of Cuttack district to plant 50 trees as punishment for imposing a fine on an illiterate woman without hearing her case properly.

The tehsildar had instituted a case against Mita under Odisha Prevention of Land Encroachment Act in July last year. On September 15 last year, Behera imposed a penalty of Rs 1,004 on her without hearing her case and issuing a show-cause notice.

Following which, she had filed a petition in the high court saying that the tehsildar had imposed fine without hearing her case.

“Once an encroacher volunteers to appear, the tehsildar, if he finds there is no written response from him, at least should provide one more opportunity to file his response to find the reason on his residing over such plot and if a person is landless or not?” the court observed.

Even after filing of show cause, there should not be passing of orders in encroachment proceedings mechanically, it said.

“When a proceeding is initiated under a statute, it has a definite purpose for more consideration, particularly, when the matter involves encroachment. The tehsildar should not have rushed to decide the matter on that date itself,” Justice Rath said in his order.

The high court also remitted the matter to the tehsildar for re-hearing of the encroachment case on either May 27 or May 30 and passing of a reasoned order.