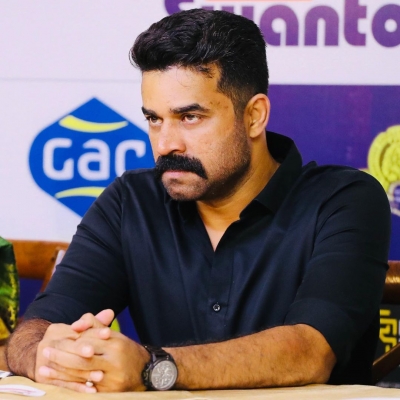 Kochi, May 21 (Ajit Weekly News) Actor-producer Vijay Babu, who is on the run after being accused of rape has fled to Dubai, said Kochi City Police Commissioner C.H. Nagaraju.

However, Babu’s anticipatory bail plea is going to be heard in the Kerala High Court on Monday.

On Friday, the Kerala Police received information that Babu was hiding in Dubai for the past 4 weeks, and on Saturday, it was confirmed that he has flown to Georgia.

When Babu anticipated that the Kerala Police was getting ready to issue a Red Corner Notice, he decided to move to a country which does not have an extradition treaty with India. So, he chose Georgia.

“Even without an extradition treaty, we can bring him back through the Indian embassy. He cannot avoid the law,” said Nagaraju adding that Babu’s passport has been impounded.

Babu, according to police, is on the run after an actress from Kozhikode filed a complaint in Ernakulam on April 22 that she was raped and beaten up by him several times in a flat in Kochi.

Soon after the news surfaced, Babu appeared live on his social media handle claiming that he was the “real victim” in this case, adding that he would take appropriate legal steps against the complainant whom he also named.

The police, apart from the initial complaint, have registered a second case against the actor for disclosing the name of the complainant.

She has also accused the actor of giving her intoxicants before sexually abusing her.

As soon as the case was registered, Babu, who was in Goa at that time, fled to Dubai.

The Kerala Police failed to get Babu back from Dubai, notwithstanding approaching the Indian embassy in the UAE.

Monday is going to be crucial for Babu and also for the police.

OPS camp in hectic lobbying to stay afloat in AIADMK