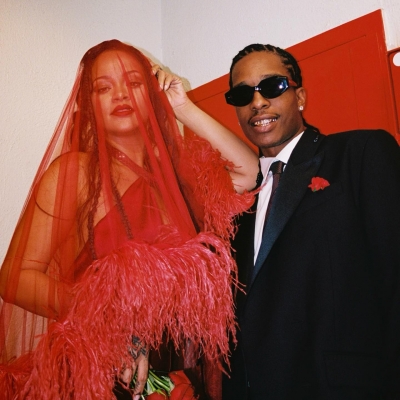 The couple welcomed their child on May 13 in Los Angeles, according to TMZ, reports pagesix.com.

A month before the big reveal, Rihanna had sparked pregnancy rumours while dining at Carbone, with a source saying that she was “quite clearly drinking sparkling water and openly rubbing her baby bump”.

The ‘Diamonds’ singer seemingly attempted to hide her pregnancy with oversize jackets and baggy clothes but began proudly flaunting her baby bump with her flashy maternity fashion.

She later admitted to Vogue that she refused to wear maternity clothes, saying in April: “I’m sorry, it’s too much fun to get dressed up. I’m not going to let that part disappear because my body is changing.”

The ‘Everyday’ rapper, whose real name is Rakim Mayers, opened up about one day becoming a dad during a May 2021 interview with GQ, saying: “I think I’d be an incredible, remarkably overall amazing dad. I would have a very fly child. Very.”

Meanwhile, Rihanna predicted that she would be a “psycho mom”.

“I feel like that’s the type of mom I’m going to be. Psycho about it,” she quipped to Elle in March.

Rihanna and the rapper have been dating since early 2020.

They went public with their romance in November of that same year.