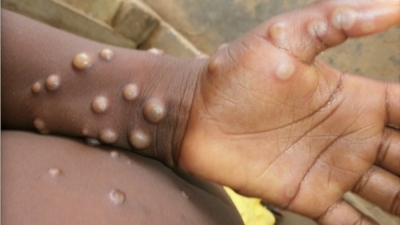 Jerusalem, May 21 (Ajit Weekly News) The Israeli Health Ministry has reported the country’s first suspected case of monkeypox after the viral disease has recently been detected across North America and Europe.

Earlier on Friday, a man in his 30s returning from western Europe visited Ichilov Hospital in Tel Aviv with suspicious lesions of the virus, according to separate statements issued by the Ministry and the hospital.

The patient, who was exposed to a monkeypox patient abroad, is in mild condition and has been hospitalised in quarantine to complete medical examination and supervision, they added.

The Ministry said it has opened an epidemiological investigation and is coordinating with the hospital the transfer of a clinical sample for diagnosis confirmation at the Israel Institute for Biological Research.

It urged those who had returned from abroad and developed a fever and a blistering rash to see a doctor.

So far, cases of monkeypox have been reported at least in Britain, Italy, Portugal, Spain, Sweden, France, the US and Canada.