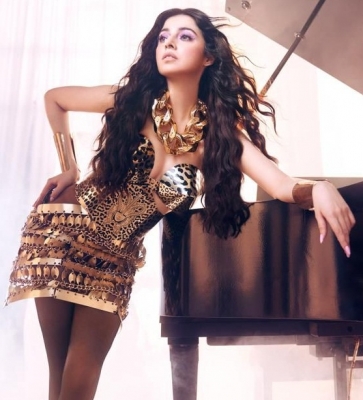 Mumbai, May 21 (Ajit Weekly News) Actress Divya Khosla Kumar briefs about her look in her latest song ‘Designer’ which features Guru Randhawa and Yo Yo Honey Singh.

She also opens up on how challenging it was for her to sit with her outfit for long hours.

As she mentions: “There was one outfit which was kind of made out of some sort of metal. Along with that outfit I had inches long nail extensions put in as that was what my look demanded. We had to go all out and I actually was excited to step into this character for ‘Designer’.”

“But, in this gold metal look, once the camera was off, I couldn’t sit during the shoot because of my outfit! It was a long shoot of about seven hours in that particular look and I had to stand for all that time because of the material and the way I had to dance, I ended up getting bruises on my arms and legs,” says Divya.