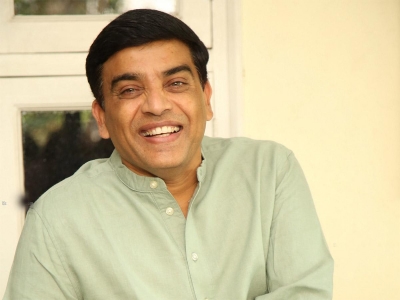 Hyderabad, May 21 (Ajit Weekly News) The numbers game has risen to the top of the priority list in Tollywood. When asked about the inflated box office numbers, noted producer Dil Raju responded that the industry urgently needs a proper tracking system.

With box office collections being considered prestigious, it’s no secret that every big star’s film in any industry involves a numbers game.

Since the release of Mahesh Babu’s ‘Sarkaru Vaari Paata,’ Twitter has been buzzing with questions about how the producers were able to pull in such large crowds despite the film’s poor reviews.

In response to a similar question, Telugu producer Dil Raju stated that this trend has continued for all films and that no one film stands out in terms of box office receipts.

“It’s not fair to judge a film solely on its box office receipts. Even without proof, a few websites published that some of the ‘SVP’ collections were simply fake. These problems could be solved with a proper box office tracking system “, says Dil Raju.

With the exception of ‘Acharya’, Dil Raju distributed all of the recent big films. Dil Raju hopes that in Telugu states, proper tracking will be implemented to prevent these inflated collections.

Dil Raju awaits the release of his next production ‘F3’ starring Venkatesh, Varun Tej, and others.