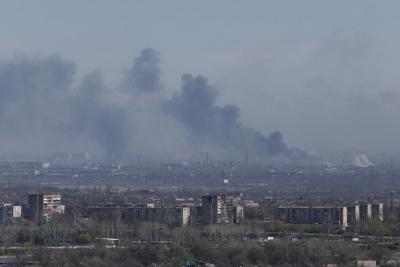 Kiev, May 21 (Ajit Weekly News) The work on clearing the territory of Ukraine from the landmines scattered during the conflict with Russia would take between five and seven years, the Interfax-Ukraine news agency reported, citing a senior Ukrainian official.

About 300,000 square metres of Ukrainian territory are littered with remnants of war, Ukraine’s Deputy Interior Minister Mary Akopyan said on Friday at the first meeting of the International Coordination Centre for Humanitarian Demining of Ukraine.

Akopyan added that Ukraine is working with the international community to make the process of clearing its territory from landmines more efficient, Xinhua news agency reported.

In particular, Kiev is in talks with its foreign partners on deploying a mine-clearing mission in Ukraine, she said.