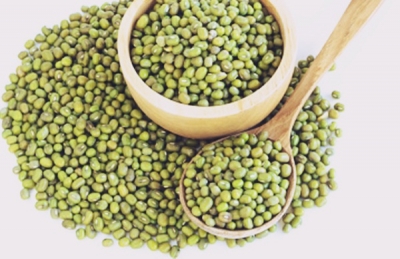 Chandigarh, May 21 (Ajit Weekly News) The Central government on the request of Punjab Chief Minister Bhagwant Mann has agreed to implement a price support scheme for procurement of ‘moong’ crop in Punjab.

A spokesperson for the Chief Minister’s office on Saturday said the government of India has conveyed to the state through a letter its approval to implement the price support scheme for procurement of 4,585 metric tonnes of summer ‘moong’, the pulses variety, for the Rabi season of 2021-22.

The letter said the date of procurement would be decided by the state and the procurement period will be of 90 days from the day of its purchase commencement.

The spokesperson said, the communique said a Central nodal agency should verify the availability of scientific storage space before the commencement of procurement.

“The state government will provide a revolving fund equivalent to at least 15 per cent of procurement cost of sanctioned quantity and ensure that the payment is made directly into the bank accounts of the farmers within three days of procurement,” the letter reads.

The summer ‘moong’ is a crop of 65 days with an expected yield of about five quintals per acre.

The MSP of unpolished ‘moong’ is Rs 7,275 per quintal but generally market prices are higher. India imports a substantial quantity of ‘moong’ every year for domestic consumption.

In case the state farmers are incentivized this way, the production of ‘moong’ can be enhanced manifold in Punjab.

According to Director Agriculture Gurvinder Singh, the ‘moong’ crop has nitrogen-fixing nodules in the root zone of pulse crop which improve the fertility of land by fixing nitrogen in the soil.

Even if the yield of ‘moong’ crop drops, the benefits of nitrogen fixation are available to the next crop. The consumption of urea for the next crop reduced up to 25-30 kg per acre than the recommended dose.