CEC, EC decide to voluntarily curtail their perks and privileges 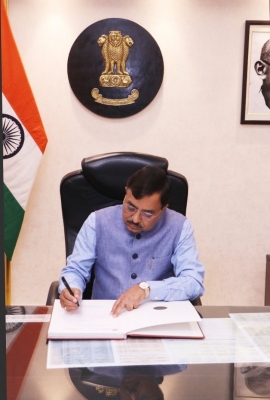 They decided not to take any income tax benefits presently given to them and accordingly it was decided to send the proposal to the Central government for appropriate action. Further, they decided to avail only one Leave Travel Concession(LTC) in a year in place of three LTCs presently available to them.

The CEC and the ECs draw salary perks and perquisites as per Section 3 of the Election Commission (Conditions of Service of Election Commissioners and Transaction of Business) Act, 1991 under which they are currently entitled to a monthly sumptuary allowance of Rs 34,000 which is non-taxable.

Secondly, they are also entitled to get three LTCs in a year for self, spouse and dependent members of the family.