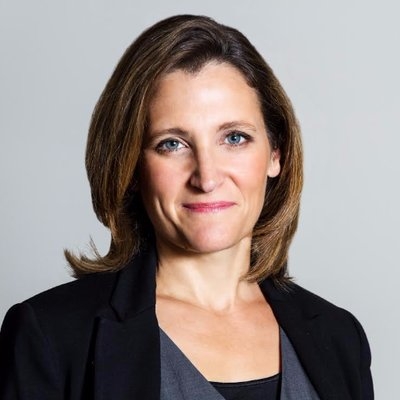 According to a news release, the loan of 250 million Canadian dollars (about $200 million) is provided to Ukraine through the International Monetary Fund’s Administered Account for Ukraine.

Together with previous financial support, this loan brings Canada’s financial commitment to Ukraine to 1.87 billion Canadian dollars (about $1.5 billion) this year, the release said, adding that this funding is separate from and in addition to assistance committed through military aid, humanitarian response efforts, and immigration measures.

The Canadian government is also working on Bill C-19, the Budget Implementation Act.

If passed, it will allow the government to cause the forfeiture and disposal of assets held by sanctioned individuals and entities. Canada would become the first member of the G7 to take this step.

On February 28, 2022, Canada announced the sanctioning of the Russian Central Bank and the blocking of select Russian banks from the SWIFT messaging system, which is a cornerstone of global interbank payments system.

On March 3, 2022, Canada announced the revocation of Russia and Belarus’ Most-Favoured Nation Tariff treatment, which immediately applied the general tariff rate of 35 per cent on virtually all imports from the two countries.