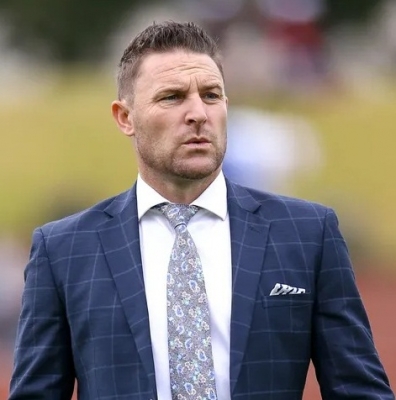 London, May 21 (Ajit Weekly News) England’s new red-ball coach Brendon McCullum has sounded an ominous warning, saying if Test cricket has to survive in a world now heavily tilted towards franchise leagues, it needs England to play some attractive brand of game against teams like India, Australia and New Zealand.

England are in the midst of one of the worst Test slumps in recent times, having won just one of the 17 previous games, and begin the new season with the three-match series against the Kane Williamson-led New Zealand.

McCullum was recently appointed England’s Test coach in the wake of the disastrous Ashes tour — where hosts Australia won 4-0 –, and the 0-1 loss in the away series against the West Indies. The debacles forced Chris Silverwood to step down as chief coach, and Joe Root to relinquish his captaincy.

McCullum has now been tasked with turning around the fortunes of England side, which is placed ninth and last on the World Test Championship table.

In an wide-ranging interview with England and Wales Cricket Board (ECB), McCullum, who stepped down as IPL team Kolkata Knight Riders’ head coach a couple of days back to take up the England job, said, “Test cricket has always been the pinnacle for me, it really has. I think the popularity of Test cricket has somewhat trended south of late.

“So if Test cricket is to not just sustain but also thrive then it needs England playing an attractive brand of cricket which is competitive with Australia, India and New Zealand and that was what enthused me the most (about the job).

“If we are able to get back to where we should which is at the top of the pile, challenging the best teams in the world and playing a brand of cricket which appeals to the next generation of talent, then we’ll hopefully get Test cricket to a stage where young kids are wanting to play the sport rather than just the short versions.

“It’s a big lofty goal, but that’s what’s in front of us and we’ll go about trying to build it from the ground up. I think we’ve got the talent to do it.”

McCullum’s first challenge will come when England take on New Zealand in the three-Test series starting at Lord’s on June 2.