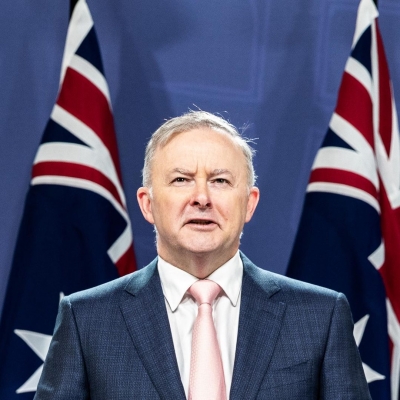 “I say to my fellow Australians, thank you for this extraordinary honour. Tonight the Australian people have voted for change,” he said.

Labor’s victory was delivered by large swings in the party’s favour and a collapse in support for the coalition.

Conceding defeat, Morrison, who spoke to Albanese earlier to congratulate him on his election victory, took responsibility for the results and announced he would step down as leader of the Liberal Party.

“To my colleagues tonight, who have had to deal with very difficult news and who have lost their seats tonight, I, as leader, take responsibility for the wins and the losses,” he told supporters.

“As a result, I will be handing over the leadership at the next party meeting to ensure the party can be taken forward under a new leadership which is the appropriate thing to do,” he added