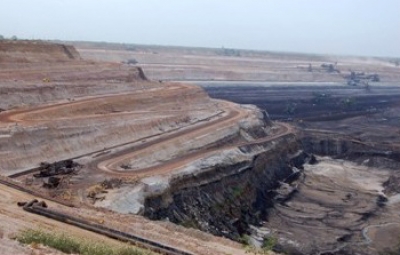 Chennai, May 20 (Ajit Weekly News) Landowners in Karivetti village in Cuddalore district on Friday protested against the acquisition of their land for integrated power generation-cum-lignite/coal mining company NLC India Ltd.

The people protested against land survey officials of the Tamil Nadu government who had gone to the village for survey.

The NLC India needs the additional land for expanding its second lignite mine and also for the third mine.

Meanwhile, former Union Minister and PMK’s Youth Wing head Anbumani Ramadoss said NLC India is acquiring over 25,000 acres for expansion of Mine II and for building its third mine.

He said NLC India’s action of acquiring the lands without considering the people’s feelings is condemnable and Tamil Nadu government’s action in this regard is unacceptable.

Ramadoss said till date about 25,000 families have given their land to NLC India of which only 1,827 persons have been given a job by the company who have now retired and about 3,500 persons are working as contract workers.

Given that job and adequate compensation has not been provided to the families of those who had earlier given their land to NLC India, PMK will not allow any more land acquisition for the company, Ramadoss said.

The Tamil Nadu government should stand in support of the people and not in favour of the corporate, he added.