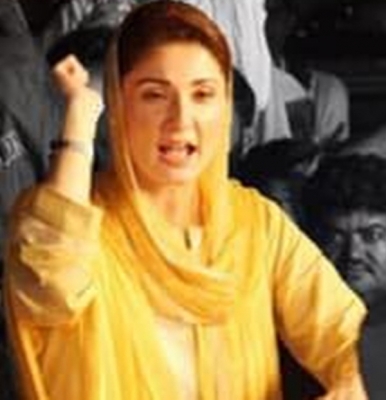 Sargodha, May 20 (Ajit Weekly News) Pakistan Muslim League Nawaz Vice President Maryam Nawaz Sharif has said that instead of shouldering the burden of ‘filth’ left by Imran Khan, the PML-N should quit the government and go for fresh elections, Samaa TV reported.

Addressing a public gathering in Sargodha, Maryam said that her proposal may make people wonder why PML-N took to the government for only one month.

She supplied the answer by saying that Imran Khan had plans for ruling for ten years by rigging the next elections and the PML-N had thwarted those plans by assuming power.

Maryam Nawaz asked the supporters whether the PML-N should shoulder the burden of Khan’s failure or quit the government and then said, “I am with you. I say that (instead of continuing with) a government that crush people under inflation, it is better to say it goodbye. Say it goodbye and come out in the field of people and compete,” Samaa TV reported.

“Tell me, if Nawaz Sharif, for your sake, leaves the government, would you give him two-third majority to put the country on the correct course?”

She lamented the fact that the current government may have to take difficult economic decisions that would fuel inflation.

Maryam Nawaz began by saying that the people of Pakistan were demanding the return of Nawaz Sharif to Pakistan to solve their problems.