M.S Dhoni confirms he will play IPL next year to bid farewell to CSK fans 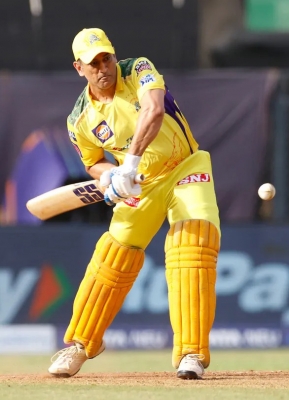 Mumbai, May 20 (Ajit Weekly News) Mahendra Singh Dhoni on Friday confirmed that he will participate in the Indian Premier League (IPL)’s 2023 season as he wants to bid farewell to the fans in Chennai and also travel to various places for away matches and thank his admirers for supporting him.

The Chennai Super Kings skipper, who will turn 41 in July this year, even did not rule out turning out in IPL 2024 too, saying ‘you can’t predict what will happen two years down the line”.

Dhoni confirmed about his availability for next year during toss for his team’s final match in IPL 2022 against Rajasthan Royals at the Brabourne Stadium here on Friday.

Dhoni, who led Chennai Super Kings since the inception of the franchise in 2008 leading them to four IPL titles, relinquished captaincy just days before the start of IPL 2022 but had to take over the reins from Ravindra Jadeja midway through this edition of IPL as the team struggled to perform.

Asked about the possibility of his returning to play IPL next year, the former India captain who had led India to world cup titles, said he will definitely be back and the reason was simple, he wants to play again in front of the fans in Chennai.

“It’s a simple reason: it will be unfair to not play in Chennai and say thank you. Mumbai is one place, where, as a team and as an individual, I have got a lot of love and affection. But it wouldn’t be nice to the CSK fans.

“And also, hopefully, next year there will be an opportunity where the teams will be traveling so it will be like (saying) thank you to all the different places where we will be playing games at different venues,” said Dhoni.

He then continued in the same vein and said 2023 may not be his last year in IPL.

“Whether it will be my last year or not that’s a big question because you know we can’t really predict about something two years down the line, but definitely I’ll be working hard to come back strong next year,” said Dhoni.

It is not clear whether he will return as CSK captain next year or will relinquish captaincy like this year. That would be clear if CSK manage to rope in someone who can lead the squad.

Coaching teacher arrested for assaulting a 5-yr old in Patna